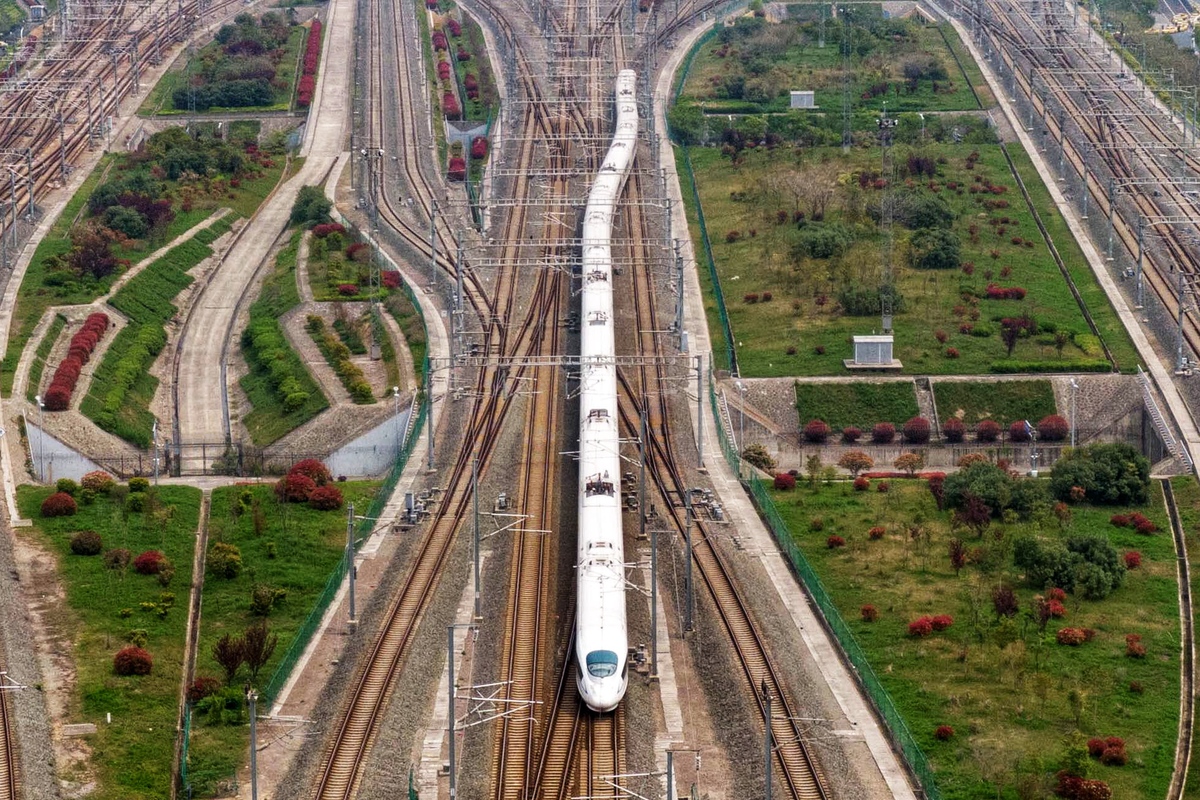 A high-speed train leaves Nanjing South Railway Station in Nanjing, Jiangsu province, on Friday. A new map of China’s railway system was adopted for the second quarter of this year to meet the traffic needs of passengers and cargo. [Photo by Yang Bo/China News Service]

China’s national railway operator said it will increase its passenger transport capacity in the second quarter of this year, highlighting the first interprovincial loop railway service in the country.

The new plan, effective on Friday, raised the number of passenger trains in service between April and June to 4,970.5 pairs, an increase of 130.5 pairs than the previous operation plan.

Making full use of the existing lines, the new service will operate three pairs of trains on a daily basis.

Chengdu of Sichuan province, Chongqing, and Guiyang of Guizhou province will each see a pair of trains departing in two directions of the loop.

The complete journey of the service will take about eight hours, which will greatly facilitate the travel of the people along the loop line, especially those in smaller cities.

Meanwhile, the railway operator said it will add more trains on the high-speed railway connecting Beijing and Zhangjiakou, co-host of the Beijing 2022 Winter Olympics, and three connecting railways.

The Beijing-Zhangjiakou railway, as well as its branch Chongli railway line, the railway linking Zhangjiakou and Hohhot of the Inner Mongolia autonomous region, and the one between Zhangjiakou and Datong of Shanxi province, have all seen strong market demand after becoming operational at the end of last year, according to the company.

A total of 44 pairs of passenger trains will operate on these lines during weekdays, along with an additional seven pairs over the weekend, to enhance its transport capacity and meet people’s travel demands, it said.

The country’s railway freight capacity has also been optimized, with two additional trains added to the China-Europe freight train service.