/ Pushing for green development and lifestyles

Pushing for green development and lifestyles 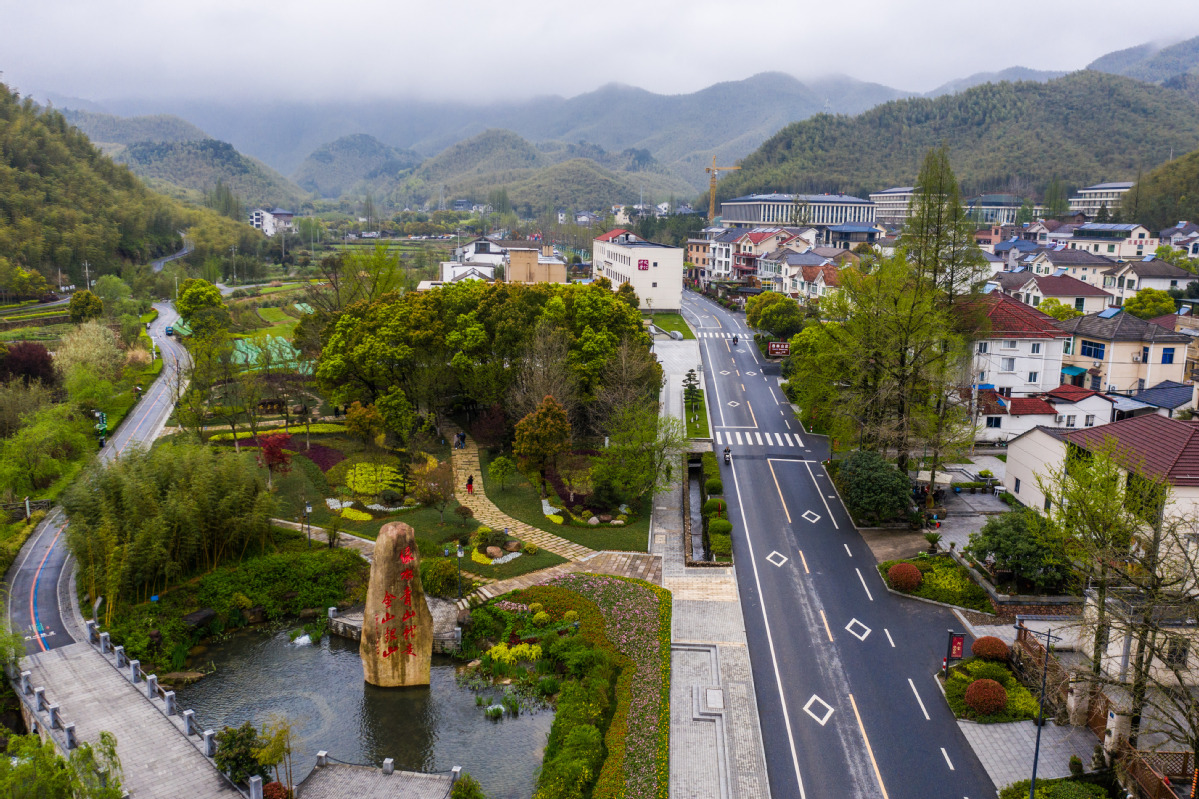 A bird’s-eye view of Yucun village in Anji county, Zhejiang province, to which President Xi Jinping paid a visit on March 30, 2020. [Photo/Xinhua]

During a visit to Yucun village in Zhejiang province on March 30, President Xi Jinping said: “The environment itself means the economy. If you protect the environment, you will receive rewards from the environment.”

And in his speech kicking off the International Horticultural Exposition in Beijing in April 2019, Xi said: “The development model of ‘killing the hens for eggs’ and ‘draining the lake for fish’ is at a dead end.”

Environmental protection is linked with the broader economic strategy of restructuring industry toward higher value-added manufacturing and services, away from the old reliance on heavy industry, resource extraction and low-tech steel and coal production. Of course, there is sometimes a trade-off between jobs and the environment, but much evidence shows that shutting down inefficient highly polluting factories often clears the way for cleaner, more efficient and more profitable production.

New high-tech industries will not only produce higher-quality products demanded by China’s growing middle-income group. The shift toward investment in environmental protection could also allow many Chinese companies to gain a first-mover advantage in many innovative products that will be needed to improve the environment worldwide. For example, China’s sales of electric vehicles are about the same as the rest of the world combined and two-thirds of the world’s solar panels are produced in China.

“The future will be illuminated by eco-friendly development that is in accordance with the rules of nature … China’s ecological civilization development is on a fast track. People will live in a better environment with blue skies, green mountains and clear water,” Xi said.”We should protect the ecological environment like protecting our eyes and value it in the same way we value our lives.”

Strong enforcement of environmental regulations is key to bringing about the green economy.

In an interview with China Daily, Yang Dongning, a professor of economics at Peking University’s Guanghua School of Management, said: “Previous policies with a green focus were not systematic or consistent. When the pollution issue became very prominent, there would be ‘storming campaigns’. But since the central leadership with Xi Jinping as the core started in 2013 and the 13th Five-Year Plan (2016-20) was approved, regulation has been systematic, rather than abrupt. Environmental inspections combined with Party discipline have led to very significant results.”

China has seen major improvements in environmental quality since 2013. The average PM 2.5 concentration, a measure of the most dangerous kind of air pollution, fell from 93.23 in January 2013 to 63.83 in the third quarter of 2018, according to an index compiled by the Asia Society. This is a fall of 35 percent. Water quality developed more slowly, but still improved 7 percent over the period.

I arrived in Beijing in January 2013, during the famous “airpocalypse” when the air quality index reached its worst point at 993, 40 times the level deemed safe by the World Health Organization. Anyone living in Beijing or in other Chinese cities can testify to the astonishingly rapid improvement in air quality since then.

Fang Li, CEO of World Resources Institute China, said in an interview with China Daily that her foreign colleagues wanted to know how China improved its environment so quickly. In a 2012 meeting, some said it would take 30 years to improve air quality, as it has in many countries. Fang was more optimistic and thought it would take 10 years－not anticipating the progress that would be possible in just five years.

She explained that two factors made China’s rapid progress possible. First, much environmentally friendly technology already existed, so China did not have to reinvent the wheel.

However, many other countries have not been able to take advantage of these technologies.

Second, it is key that China’s central leadership has a clear plan and strong emphasis on environmental protection.”It is important that the top leader insists on ecological protection or conservation,” Fang said.

The central authorities can use many kinds of performance reviews to evaluate local governments, putting pollution control as part of their performance review. The Communist Party of China (CPC) has a special supervisory team to determine if local governments seriously implemented the central authorities’ policies, including environmental policy. This is really serious for local leaders, she said.

Law enforcement through environmental supervision makes it a serious law, not just a law found on bookshelves, Fang added. 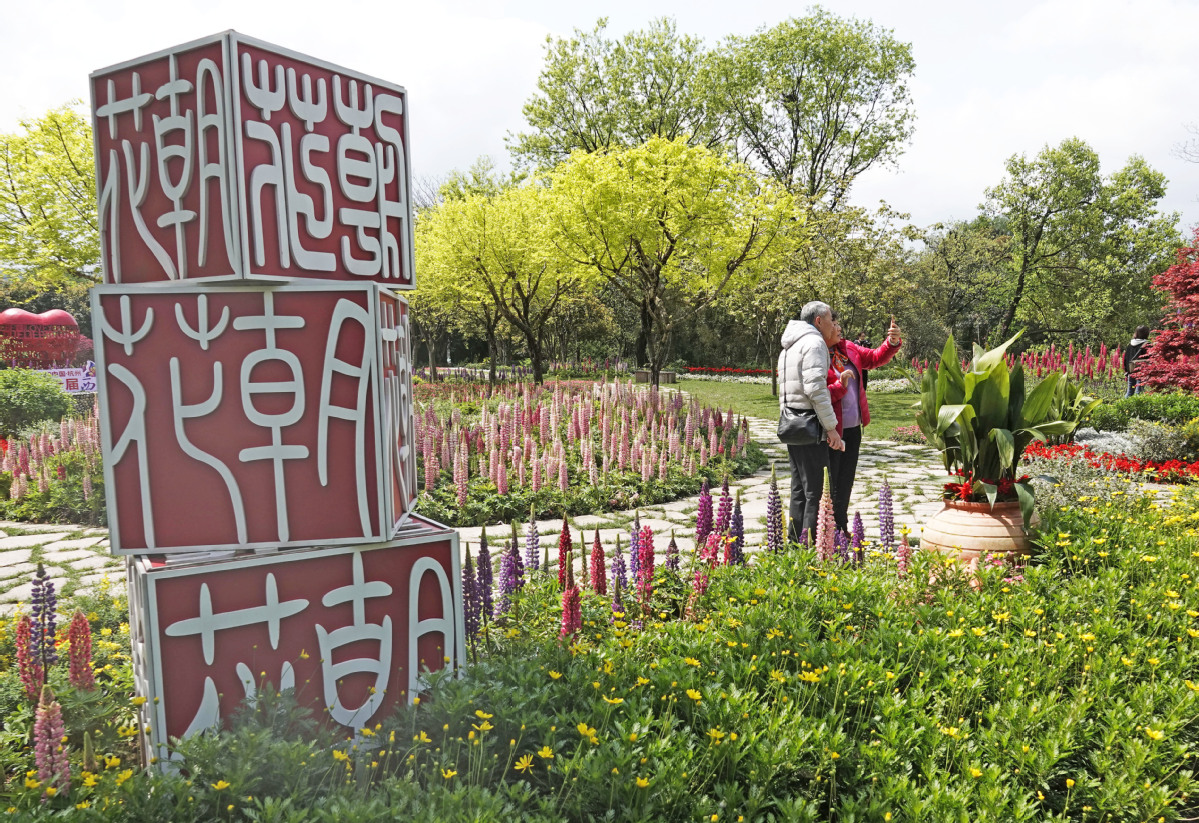 The government has greatly strengthened environmental protection institutions. Regulations in 2015 mandated that all local officials be held responsible for environmental outcomes under their control. No longer responsible just for raw GDP growth, their promotions also depended on the outcome of an in-depth environmental responsibility audit.

And in 2018, the State Council, China’s Cabinet, created the new Ministry for Ecology and the Environment, which consolidated environmental policy and enforcement that had previously been dispersed among many government agencies.

January 2018 revisions to the tax code implemented sliding pollution tax rates. Since local governments are able to keep 100 percent of pollution tax revenues, they have strong fiscal incentives to carry out strong enforcement.

For example, a very poor county in Shandong province previously had many small-scale, highly polluting steel forges that remelted scrap metal. Often they were run by a small village. Even single families had small forges in their backyards. None of them had environmental impact statements.

Therefore the local government closed these illegal small forges and asked a large company to set up a modern forge. Because it had higher quality and a well-known brand, the larger company could sell its products at higher prices. It was also able to offer jobs to the small forge owners who had to shut down.

Previously, the bigger company could not compete with the large number of small companies that were not paying for environmental facilities. The local government told Fang that the tax revenue of the government increased because of the rise in total profits.

Similarly, Yang, of Peking University, pointed to the city of Jieyang, Guangdong province, which is a leading center for manufacturing stainless steel products. The city has around 4,000 stainless steel companies, with over 200,000 workers.

Starting in 2013, the city government and an association of companies worked together to build a new wastewater treatment center and acid treatment center. Now, many of the smaller, undercapitalized companies have closed and others have moved toward higher-quality products that can command prices high enough to pay for the investment.

The city has now attracted investment from more than 30 high-tech environmental protection companies from Germany and other European countries. While some workers lost their jobs, many were rehired by the upgraded factories while others received retraining assistance.

During a May 2017 study session of the Political Bureau of the CPC Central Committee, General Secretary of the CPC Central Committee Xi emphasized China’s green development strategy: “China has made historic social and economic achievements since the reform and opening-up, which the country should be proud of. Rapid development has also left the country with environmental issues that need to be remedied through great efforts.”

The author is a senior staff commentator at China Daily.