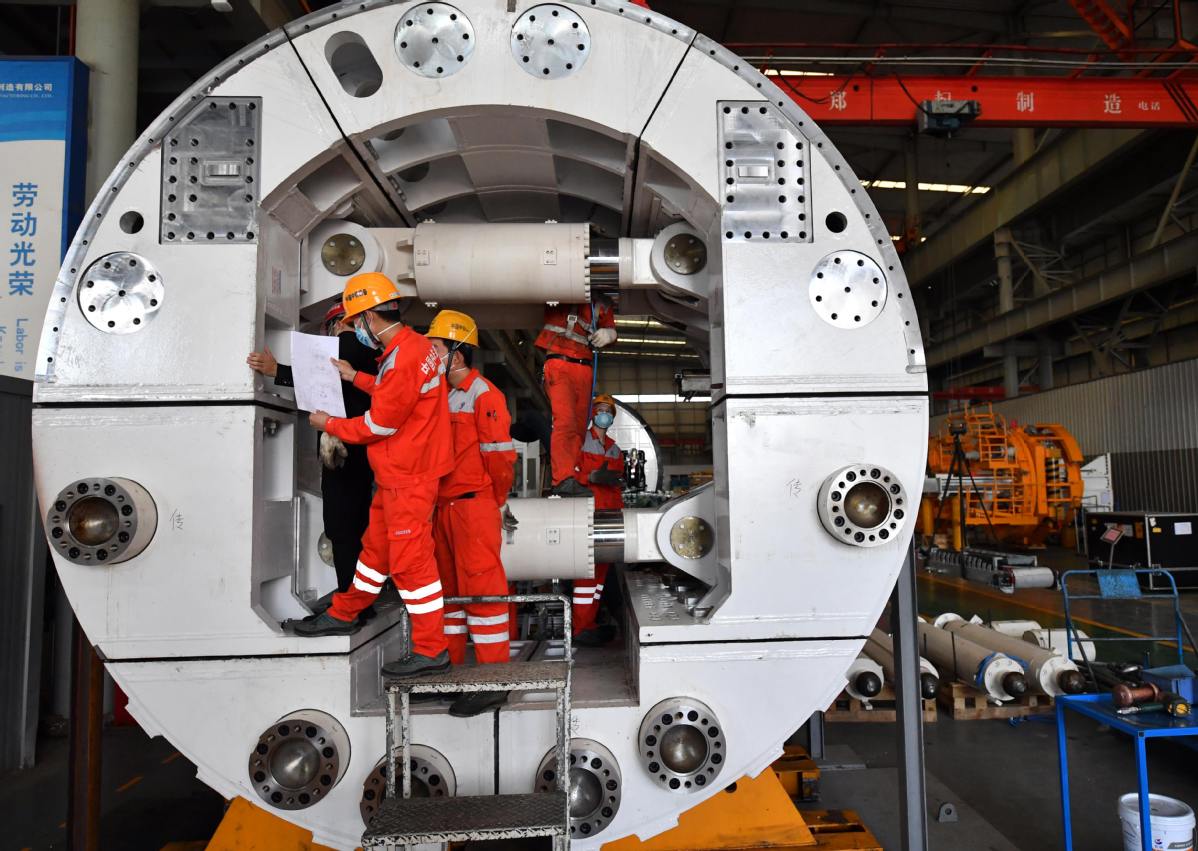 The recovery of China’s manufacturing sector remained solid last month but a challenge emerged from external uncertainties, officials and analysts said on Thursday.

The official purchasing managers index for the manufacturing sector came in at 50.8 for April, versus 52 the previous month, the National Bureau of Statistics said on Thursday.

That marked the second consecutive month of manufacturing activity expansion in China, after February’s PMI revealed a steep contraction due to the novel coronavirus pneumonia pandemic.

A PMI reading above 50 indicates expansion, while one below reflects contraction.

Zhao Qinghe, a senior statistician at the bureau, said economic order and production activity continued to normalize last month, with 99.7 percent of surveyed large and medium-sized manufacturers having resumed work.

Yet the sector expanded more slowly than in March, Zhao said, with production outpacing the recuperation of market demand, and rising uncertainty in foreign trade.

The subindex for new orders dropped to 50.2 in April from 52 a month earlier, the bureau reported. The gauge for new export orders slipped to 33.5 from 46.4 in March.

More than half of the respondents said orders were in short supply, Zhao said, with some saying export orders had been canceled while their production was underway.

On Thursday, the euro area reported a 3.8 percent drop in GDP during the first quarter of the year, compared with the final quarter of last year. The United States said on Wednesday that its first-quarter GDP shrank by an annualized 4.8 percent.

To deal with the external challenge, analysts said the two sessions－the annual meetings of China’s legislature and top political advisory body, to be held in late May－will unveil a stimulus package focusing on expanding domestic demand and rescuing hard-hit sectors.

The privately surveyed Caixin China General Manufacturing PMI for April, unveiled on Thursday, returned to contraction territory at 49.4, with the sub-index for new export orders falling to the lowest level since December 2008.

A Nomura research note said Beijing may budget this year’s fiscal deficit higher at 3.5 percent of GDP during the two sessions, compared with 2.8 percent last year, and have a broad fiscal deficit ratio of about 13 percent when off-budget debts are calculated.

The increased debt would be used for financial relief to help enterprises, banks and households survive the pandemic shock, the note said.

Infrastructure would be another spending focus, said Wu Chaoming, chief economist with Chasing Securities, adding that would inject momentum into manufacturing activity.

China has preapproved 2.29 trillion yuan ($325 billion) worth of local government special bonds to fund infrastructure projects and create demand. All the bonds are expected to be issued by the end of this month.

The official manufacturing PMI will likely remain in expansion territory for the rest of the year as the stimulus package filters through, Wu said, although downward risks from external uncertainties still exist.

The NBS said the nonmanufacturing PMI improved to 53.2 last month, versus 52.3 in March, with a quicker recovery in the services and construction sectors.