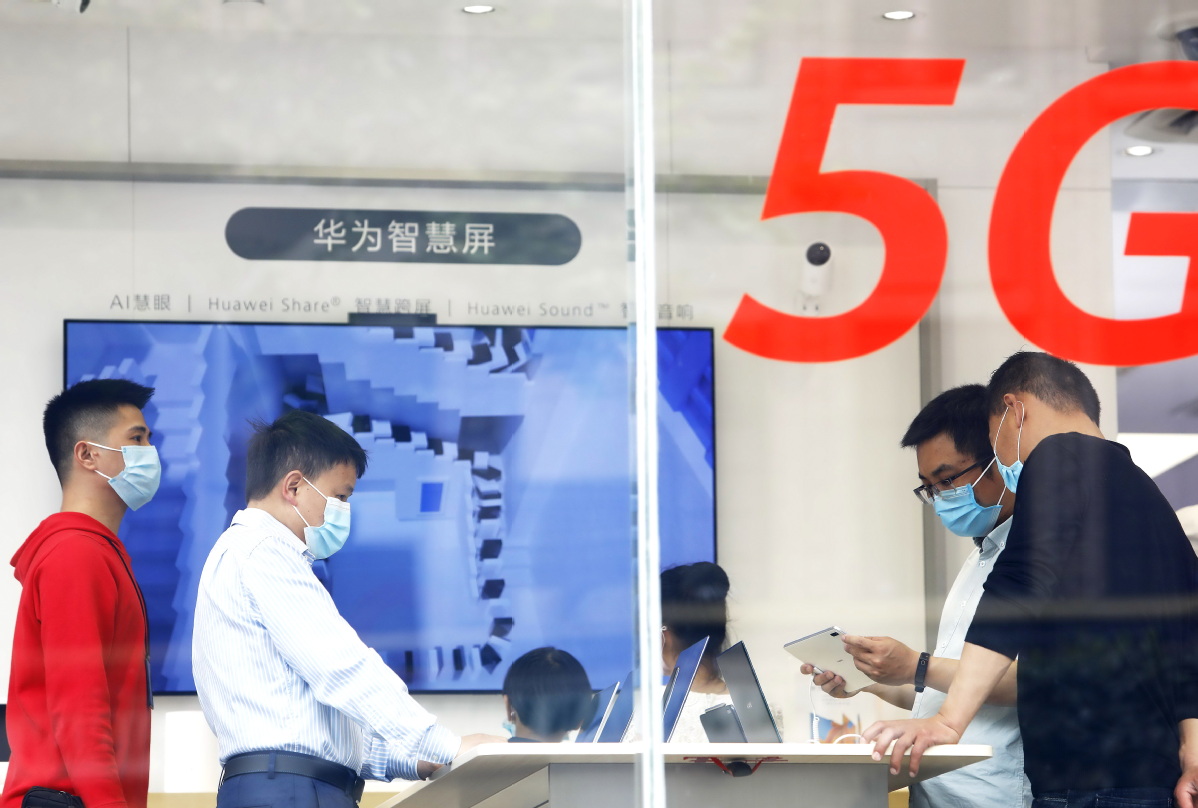 Expansion, maintenance, operations of networks in 170 nations may be hit

Huawei Technologies Co said on Monday that the US government’s latest semiconductor restrictions will inevitably affect its business, but the company will do everything in its power to find a solution.

The Chinese company’s comments came after the US Department of Commerce issued new rules that could block Huawei and its suppliers from using US technologies for design and manufacture of semiconductors.

Guo Ping, rotating chairman of Huawei, said during a conference in Shenzhen, Guangdong province: “We are confident about finding a solution as soon as possible.”

In a separate statement, Huawei said the new rule will affect the expansion, maintenance, and continuous operations of networks worth hundreds of billions of dollars that it has rolled out in more than 170 countries.

“It will also affect communications services for the more than 3 billion people who use Huawei products and services worldwide. To attack a leading company from another country, the US government has intentionally turned its back on the interests of Huawei’s customers and consumers. This goes against the US government’s claim that it is motivated by network security,” Huawei said.

It has been a year since the US government put Huawei on its entity list, restricting the company from purchasing US technologies. “Despite restrictions on many technologies, we have struggled to survive the past year and are looking to march ahead,” Guo said.

To cope with restrictions, Huawei’s research and development spending grew 29.8 percent to 131.7 billion yuan ($18.5 billion) in 2019, while inventories surged 73.4 percent on a yearly basis.

The latest ban marks an escalation in Washington’s attempts to battle with China for global technology dominance, especially in 5G technologies which are of national strategic importance, experts said.

Bai Ming, a senior research fellow at the Chinese Academy of International Trade and Economic Cooperation, said: “Huawei is the global leader in 5G. The US government’s effort to contain Huawei is the fight for supremacy in the future tech world.”

US Attorney General William Barr said in a February speech that within the next five years, 5G global territory and application dominance will be determined.

“The question is whether, within this window, the United States and our allies can mount sufficient competition to Huawei to retain and capture enough market share to sustain the kind of long-term and robust competitive position necessary to avoid surrendering dominance to China,” Barr said, according to a transcript of his speech at the Washington-based Center for Strategic and International Studies.

The latest US move would have only a limited impact in software terms, for US companies providing Electronic Design Automation tools had already suspended partnerships with Huawei last year, ending software updates. HiSilicon, the semiconductor arm of Huawei, is currently using older EDA versions for its chip design that are unaffected by the new restriction, Fang said.

The US Department of Commerce’s latest export restrictions on Huawei became effective on Friday, but with a 120-day grace period, which could serve as a buffer for Huawei to adjust its design and to increase the use of chips made by other domestic companies, Fang said.

According to him, Huawei’s partnership with French-Italian chipmaker STMicroelectronics in chip design also allows for the EDA issue to be addressed via outsourcing.