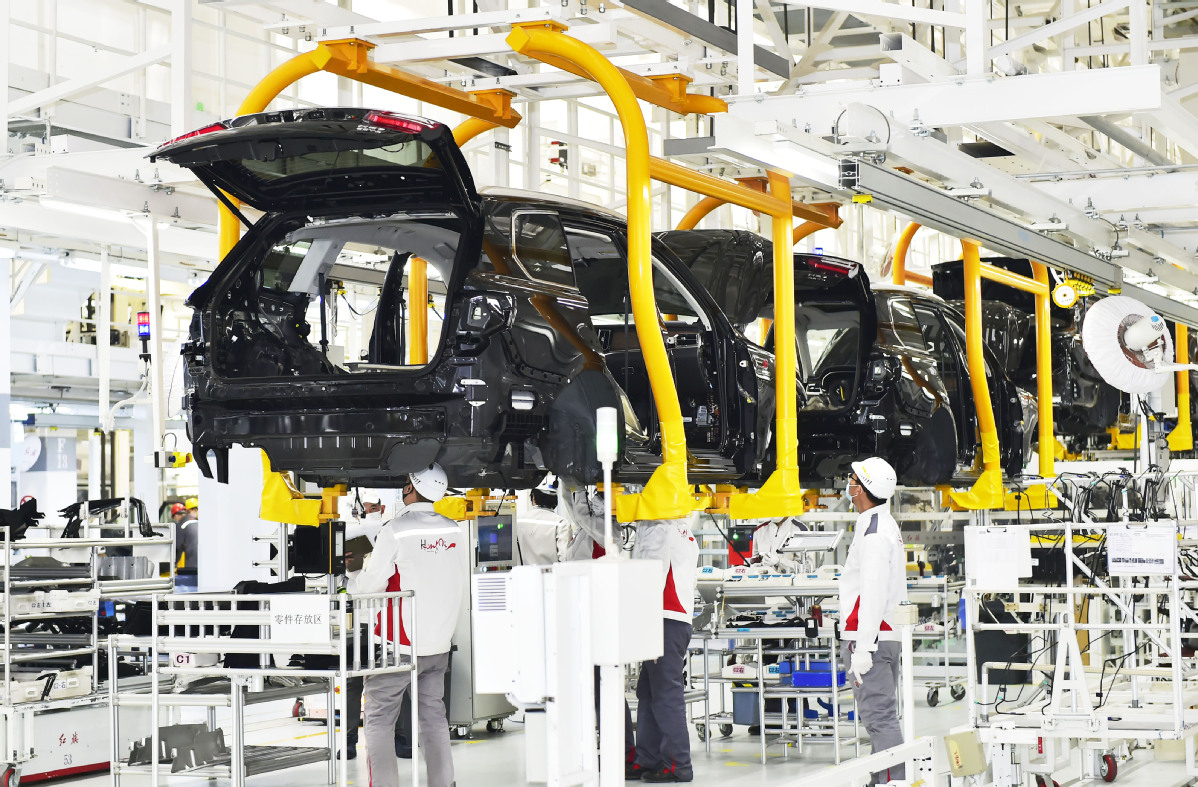 Chinese carmakers lost market share to German and Japanese rivals in April amid the sales recovery from the pandemic, largely due to pent-up demand, and the situation is expected to reverse as the economy improves further, experts said.

More than 2.07 million vehicles were sold in April, up 4.4 percent on a yearly basis, ending a 21-month decline in the world’s largest automobile market, according to the China Association of Automobile Manufacturers.

But the recovery also revealed the customers’ preference for international brands. Sales of Chinese-branded passenger cars fell by 9.4 percent on a yearly basis to 532,000 units in April. The combined market share of Chinese brands fell by 2.6 percentage points to 34.6 percent during the month. Though still the lion’s share, it was the lowest since July 2014. The share in the first four months fell by 1.2 percentage points from the same period last year to 38.1 percent.

German and Japanese vehicles became more popular during the period, accounting for 24.8 percent and 22.8 percent shares respectively, while those from the United States, South Korea and France saw their shares slide further.

Xu Haidong, vice-chief engineer of the CAAM, said: “The overall rise in April was primarily the result of pent-up demand during the past several months. The demand was mainly for more expensive models, which are often from international brands.”

Sino-German joint venture FAW-Volkswagen sold 165,734 vehicles in April under the Volkswagen, Audi and Jetta brands. That is a 9.9-percent growth on a yearly basis, more than double the overall market’s rise.

Experts said Chinese brands are expected to regain their market share as the economy recovers further and people’s life returns to normal. They said that it is also a reminder that Chinese companies should further improve their competitive edge because not all local carmakers are losing ground.

For example, the country’s largest private carmaker Geely sold 105,468 vehicles last month, up 2 percent from the same period last year. Its sales in the first four months of this year totaled 311,495 units, accounting for 22 percent of the carmaker’s sales target of 1.41 million vehicles.

The carmaker, which owns Volvo and has stakes in Mercedes-Benz parent Daimler, said the sales recovery had improved its market share to 7.2 percent by the end of the first quarter.

“We are confident on the sales performance in May and in the second half of the year, as we launch new models and resume deliveries that were affected by the coronavirus,” said Geely President An Conghui.

China’s largest sport utility vehicle maker Great Wall Motors delivered 78,804 vehicles in April, up 2 percent year-on-year. Globally, its deliveries for the month totaled 80,828 units, up 35 percent from March. The carmaker said it has been exploring digital channels and making the most of its brick-and-mortar stores to boost sales during the pandemic.

Chen Shihua, deputy secretary-general of the CAAM, said the pandemic in overseas markets was hurting Chinese carmakers’ sales as well. He estimated that vehicle exports will drop by 200,000 units this year, from about 1 million in 2019, as the coronavirus erodes global demand.