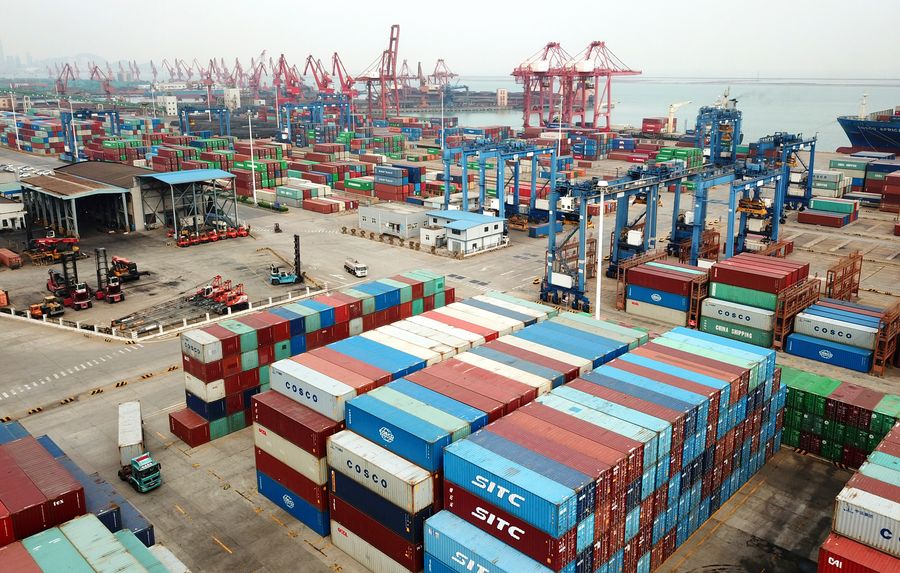 China will further stabilize foreign trade while fully evaluating the uncertainties related to the COVID-19 outbreak, as the trade volume between January and April dropped 4.9 percent on a yearly basis, officials said.

Gao Feng, a spokesman for the Ministry of Commerce, said on Thursday that although the decline in foreign trade narrowed in April, the sector still faces relatively great downward pressure.

China will fully evaluate the “difficulties, risks, and uncertainties” brought by the contagion, and further stabilize its foreign trade, Gao said at a news conference.

The ministry will focus on supporting enterprises to explore the international market, helping them better deliver the order backlog and obtain new orders, he added.

During the first four months of this year, China’s foreign trade volume totaled 9.07 trillion yuan ($1.28 trillion), down 4.9 percent year-on-year, according to a General Administration of Customs release on Thursday.

Chen Li, an analyst at Chuancai Securities, said the rebound of export data in April exceeded market expectations. The growth was aided partly by the gradual resumption of work and production in the domestic market, Chen said.

“But on the demand side, the overseas pandemic situation may still exert an influence on China’s exports,” Chen said. “It will take some time for overseas orders to be restored.”

“Foreign trade is likely to make a recovery in the second quarter and pick up steadily in the third quarter,” Wei said.

As both general trade and processing trade－China’s two main types of trade－have been hit hard, enhanced efforts need to be made to develop cross-border e-commerce, he said.

Since the start of the novel coronavirus outbreak, China has rolled out a wide range of policies and measures to aid exporters in resuming production. The government introduced incentives to give firms financial support, help employees return to the workplace and reduce operational costs.

Ni Yuefeng, head of the General Administration of Customs, told Xinhua News Agency on April 30 that China will further expand its policy package to counter the impact of COVID-19 and boost the long-term and stable growth of foreign trade.