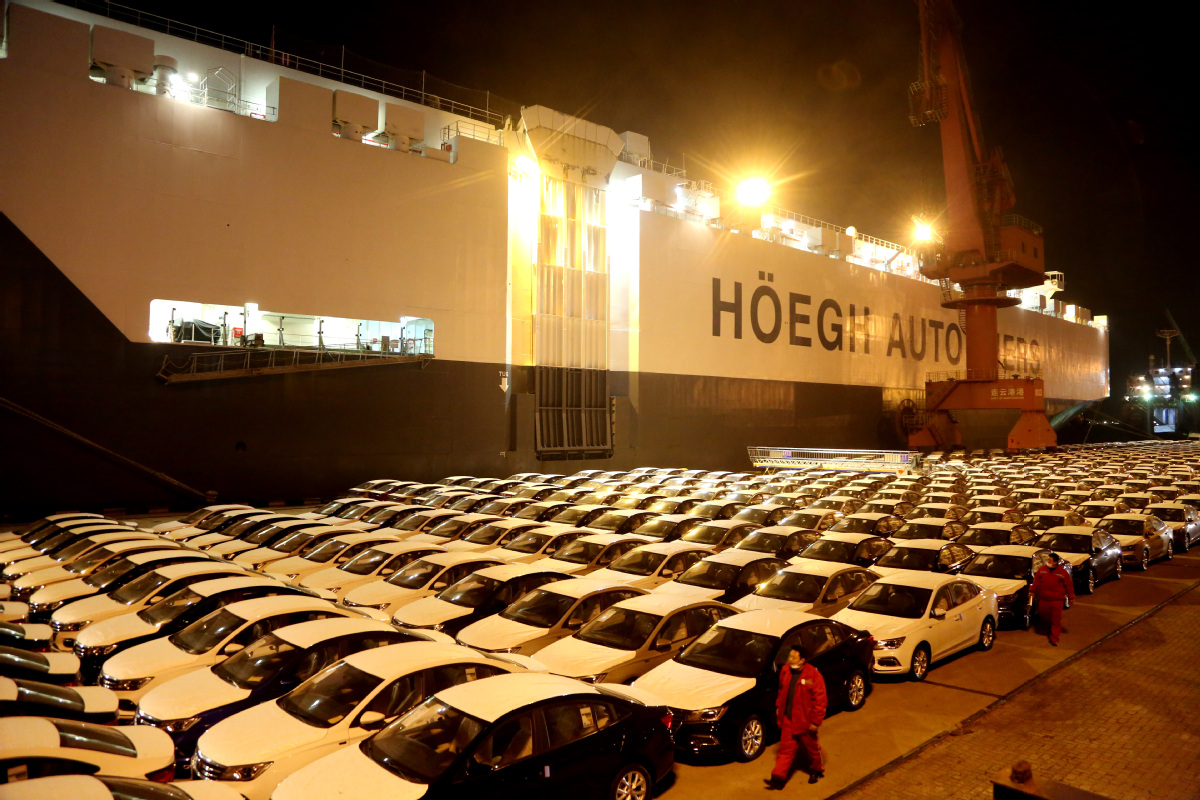 China’s foreign trade will ride out the current volatility despite the novel coronavirus epidemic, as the country is expected to roll out more supportive measures, said officials and analysts.

The international community has predicted worsening economic fallout from the contagion. Disrupted supply chains have adversely impacted normal trade flows the world over, and China is no exception.

In the first two months of this year, China’s total imports and exports fell 9.6 percent year-on-year to 4.12 trillion yuan ($579 billion), said the General Administration of Customs. The GAC attributed the decline mainly to the novel coronavirus outbreak, which has impacted a growing number of economies.

Nevertheless, the administration underscored the “short term” and “temporary” impact won’t change the good prospects of China’s foreign trade over the long run.

“In March, exporters dedicated themselves to rapidly delivering orders received in the first quarter. It is estimated that March export growth (denominated in dollars) will rebound to about 18 percent,” said Qin Tai, a macroeconomics researcher at Shenwan Hongyuan Securities.

Qin made the estimate as current policies, like those in corporate finance and logistics, continuously encourage production resumption.

Noting that overseas markets were hit by the virus about one month later than China had been, Qin said the number of overseas orders in March and April is likely to fall slightly and thus dampen second-quarter exports.

Wei said the country’s exports will likely rebound in the second quarter after sliding in the first quarter. He predicted imports might register double-digit growth for the entire year, as the outbreak has not dampened consumer demand.

“Beyond the first quarter, we see potential for some improvement even though the spread of the COVID-19 epidemic globally to China’s key trading partners will also likely impact demand for China’s exports,” he said in a recent research note.

Should the COVID-19 outbreak prove to be more prolonged and widespread, the demand-side impact will also kick in and this would translate into larger impact on both Chinese exports and imports, he added.

To contain the epidemic, China has taken a wide array of measures to help exporters in distress, and ensure steady growth of the total trade volume.

On March 10, President Xi Jinping went to Wuhan, capital of Central China’s Hubei province, for an inspection of local epidemic prevention and control work. The inspection trip assured the world of China’s confidence in achieving final victory over the novel coronavirus, analysts said.

According to a recent State Council, China’s Cabinet, executive meeting chaired by Premier Li Keqiang, China will take new measures to keep foreign trade and investment stable, and help enterprises tide over difficulties to mitigate the impact of the contagion.

Financial institutions will be encouraged to increase foreign trade loans, fully deliver the policy of loan deferment in both principal and interest, and consider further rolling over, through consultations, loans made to smaller firms deeply affected by the outbreak that still hold promising prospects, it was also announced.

The meeting urged sound preparations for the China Import and Export Fair this spring to promote cooperation on foreign trade. The event, also known as the Canton Fair, is often seen as a barometer of China’s foreign trade.

Earlier, Li Xingqian, director-general of the foreign trade department under the Ministry of Commerce, said China will do its utmost to stabilize foreign trade by increasing financial, insurance and fiscal support.

These measures are particularly important at a time when global markets lowered expectations for strong growth in 2020. According to a barometer that the World Trade Organization released on March 11, global services trade growth continued to weaken toward the end of 2019 and into the first quarter this year.

“The indicator does not yet fully capture the economic impact of the COVID-19 virus and is likely to decline further in the coming months,” according to a WTO news release.

In early March, the International Monetary Fund predicted global growth in 2020 would be below the 2.9 percent rate for 2019 and revised forecasts will be issued within weeks.

Concerns are also rising among multinationals about to what extent the epidemic’s impacts on supply chains would ripple from China to the rest of the world.

“It has taken a huge effort and considerable financial support to carefully construct global supply chains over the last 15 years,” he said. That is not going to vanish overnight－provided China rises to the occasion and effectively addresses current and prospective public health concerns, he added.

In fact, Chinese exporters are ramping up efforts to stabilize the supply chain. China National Chemical Engineering Group Co, a State-owned company, smoothly carried on recent overseas projects. On March 1, one of the company’s chemical plant projects opened in Indonesia.

Shenzhen Kaifa Technology Co is a key component supplier for industry giants like Kingston, Seagate and Western Digital. If the company ceases production, the global market will be severely affected.

To ensure the safety of supply chains, more than half of employees worked on the production line during Spring Festival (Jan 24-Feb 2). The daily production capacity of packaging and testing reached about 40 percent of normal production, the company said.

According to the customs administration, over 80 percent of 2,552 surveyed exporters have resumed operations. In Guangdong province－the country’s largest exporter－up to 93 percent of major trading companies reopened as of March 6, with about 70 percent of employees returning to the workplace.

The country’s trade with economies participating in the Belt and Road Initiative reached 1.31 trillion yuan, up 1.8 percent year-on-year, data showed.