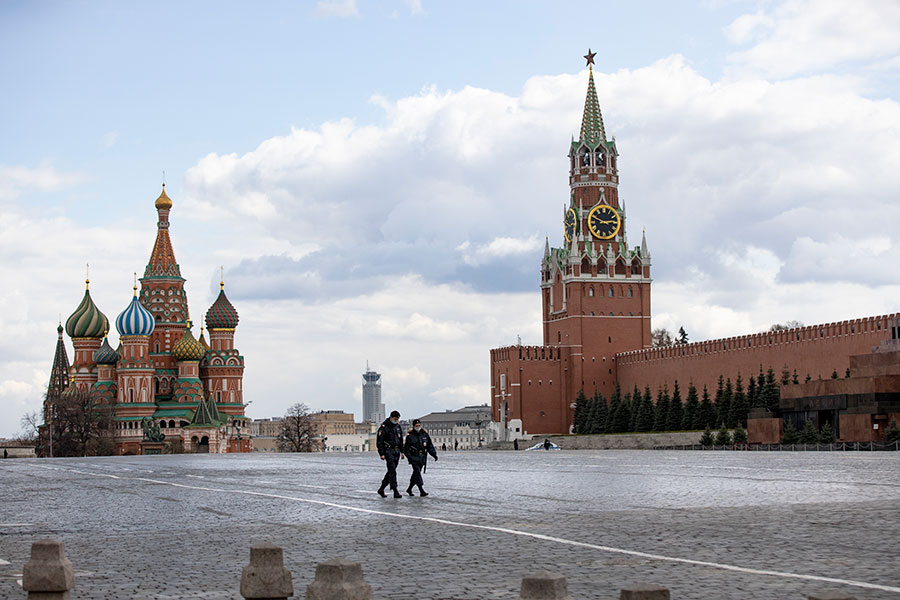 Editor’s note: Nations are collaborating in the fight against the novel coronavirus pneumonia outbreak to limit the damage to people’s health and the impact on the global economy. Here, in the sixth part of a series titled “One World, One Fight”, we look at how countries can work together.

Images from a military cargo plane have been tweeted thousands of times in Russia.

They show medical experts from China sitting with their backs against the cabin wall, and walking sideways when they have to visit the toilet on the eight-hour flight to Moscow from Harbin, capital of Heilongjiang province.

The cabin of the cramped Russian Defense Ministry plane is occupied mostly by supplies sent from China to fight the novel coronavirus outbreak.

Hao Huilong, leader of the Chinese team, which arrived in Russia on April 12, said, “The flight was not that good, but we were determined to help our friendly neighbor.”

Zhang Hanhui, China’s ambassador to Russia, said the team’s arrival demonstrated the significance of the Sino-Russian Comprehensive Strategic Partnership of Coordination for a New Era.

“China and Russia support each other politically and morally, which has set the direction and tone for the two countries’ joint fight against the pandemic,” he said. 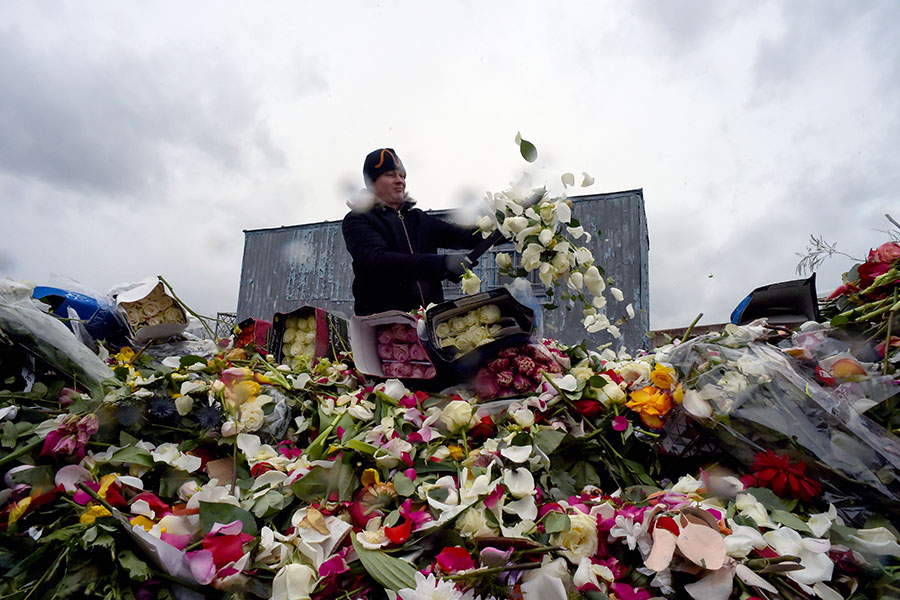 As early as February－the most critical period in China’s fight against the virus, Russia delivered 23 metric tons of medical supplies to hard-hit Wuhan, Hubei province. Last month, 25.5 tons of supplies sent by the Chinese government arrived in Moscow, according to the Chinese embassy in the Russian capital.

On April 20, during a video conference on the fight against the pandemic, Russian President Vladimir Putin described Sino-Russian relations as a “neighboring friendship during this difficult time”.

He added, “When our Chinese friends encountered difficulties in February, we sent 2 million masks to them. Now, we have received 150 million masks from China.”

Anatolia Sinitsin, 23, a student at Moscow State University, posted on Twitter: “We are so glad to hear masks and medical gloves are coming to Moscow. It’s quite difficult to find them in pharmacies. I hope the supplies can meet the needs of we Russians as much as possible.”

Advice was eagerly sought from the Chinese medical experts during their weeklong stay in Russia.

In Moscow, the team members met people from different walks of life, ranging from Chinese students to Russian officials and doctors. They also visited Kommunarka hospital, the main institution in Moscow treating patients infected with the virus. 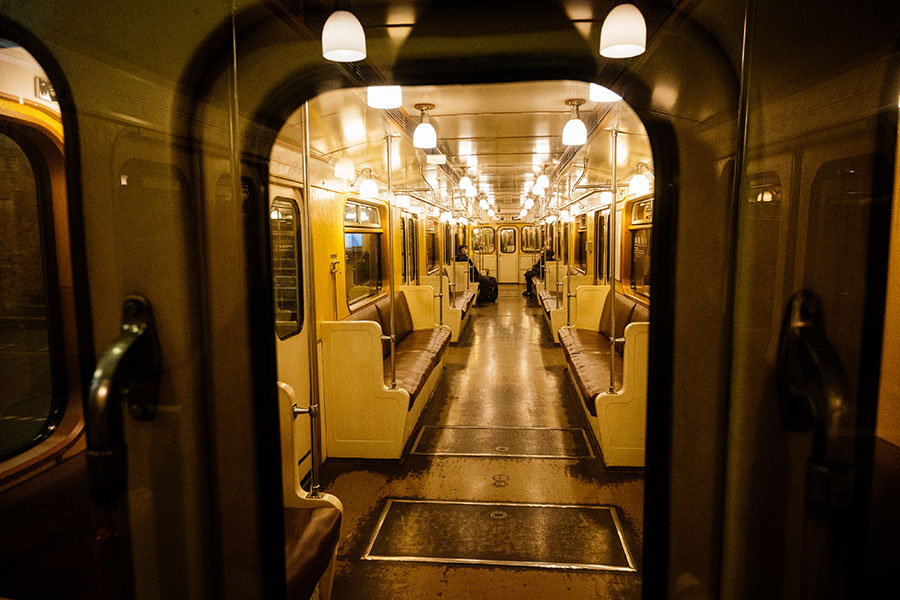 Hao, the team leader, said at the start of the visit, “Chinese doctors have arrived in Russia as the country is facing a critical time in the fight against the coronavirus.”

Immediately after they flew in, the doctors held a video conference with Chinese student representatives, teachers from Confucius Institutes in Russia and Chinese businessmen stranded in the country due to the pandemic.

They gave advice on how to tell if a person was infected with the virus, or had influenza. They also gave tips on avoiding infection at home or in the open air.

Xu Songtao, a virology researcher at the Chinese Center for Disease Control and Prevention and a member of the team, said they had a thorough exchange of ideas with their Russian counterparts, sharing their experience in diagnosing and treating patients.

“We believe that sharing experience is important for Russia to fight the virus. We discussed a wide range of topics with our Russian counterparts, including how to curb the spread of the virus at different stages of the pandemic, and how to treat patients who are seriously ill.

“We also had extensive discussions about laboratory testing, epidemiological surveys, management of people who have had close contact with patients, managing hospitals designated to treat the disease, disinfection in hospitals, and the feasibility and effects of treating patients with traditional Chinese medicine,” Xu said. A Russian soldier disinfects a factory in St. Petersburg. [Photo/Agencies]

After the COVID-19 outbreak struck Russia, the Kremlin introduced laws and regulations aimed at reducing contact between people and to prevent the virus spreading. Putin announced a paid day-off policy, effective until May 11, and postponed the Victory Day parade, scheduled for May 9 in Moscow’s Red Square.

For example, a digital tracking system was introduced in Moscow to enforce a lockdown.

Muscovites and residents in surrounding areas must download a QR code in order to move around the city. By registering on a government website or downloading a smartphone app, people can state a route and the purpose of their journey in advance. They then receive a QR code that can be checked by the authorities.

However, the regulation has not been as effective as expected. According to the city’s coronavirus response headquarters, 3.5 million people in Moscow, which has a population of more than 12.5 million, have been away from their homes for more than six hours every day.

Russian technology giant Yandex created a “self-isolation index”, which showed that residents in the city were increasingly prepared to breach the regulations.

The Moscow coronavirus center said in a statement, “On average, a Moscow family consists of two to three people, which means that 3.5 million citizens who do not abide by the self-isolation rules pose a potential threat of infection to 6 million to 9 million of their neighbors, friends and relatives.”

The Chinese experts listened carefully to reports from Moscow health and transportation authorities, and offered many practical suggestions to the officials by comparing the measures taken in the city with those that had been effective in China. 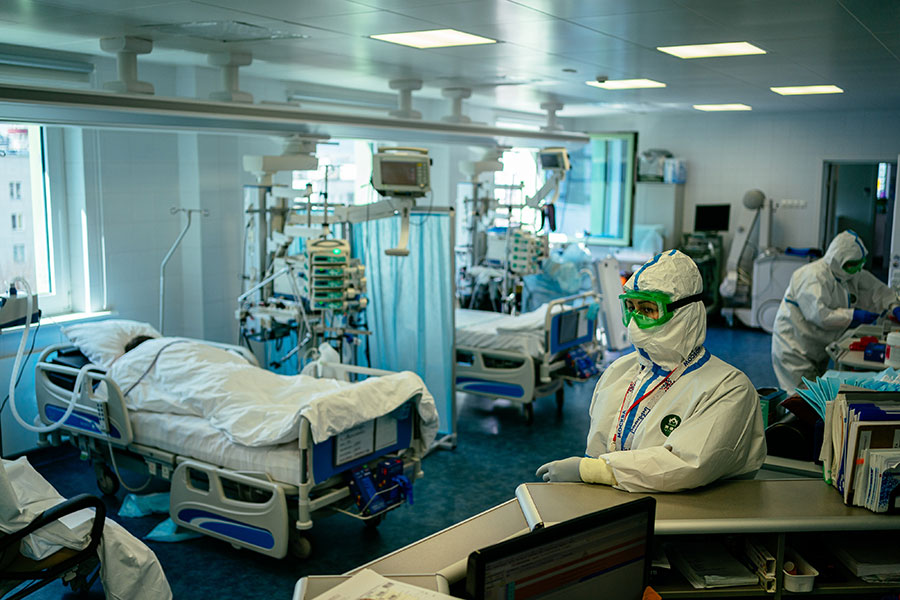 The doctors also offered their Russian counterparts their opinions on the action taken to fight the virus in Moscow, including the quarantine policy, the standard adopted for hospital admissions, as well as traffic control regulations.

Sergey Sobyanin, the mayor of Moscow, said after meeting the Chinese medical team members, “Their experience is valuable to Russia.”

He said Moscow had learned from the experience in Wuhan how to tackle and deal with the pandemic, as the Chinese city had successfully contained the virus.

Zhang, the ambassador, said the medical experts had helped ease the anxieties of 150,000 Chinese who have had to remain in Russia during the outbreak.

He added that after virus emerged in China, Putin was the first head of state of a major country to send a message of condolence to President Xi Jinping, on March 19.

The Russian leader has also spoken highly on many occasions of the decisive pandemic prevention and control measures taken by China.

In a phone call on April 16, the two presidents reaffirmed their mutual support for the fight against COVID-19 and rejected any attempts to politicize the pandemic. They agreed to further strengthen exchanges and cooperation in various areas, including COVID-19 containment, and the enhancement of bilateral communication and collaboration with organizations such as the United Nations.

Zhang said Russia values bilateral cooperation with China during the pandemic highly, as well as the humanitarian aid and professional medical advice it has received from its neighbor. 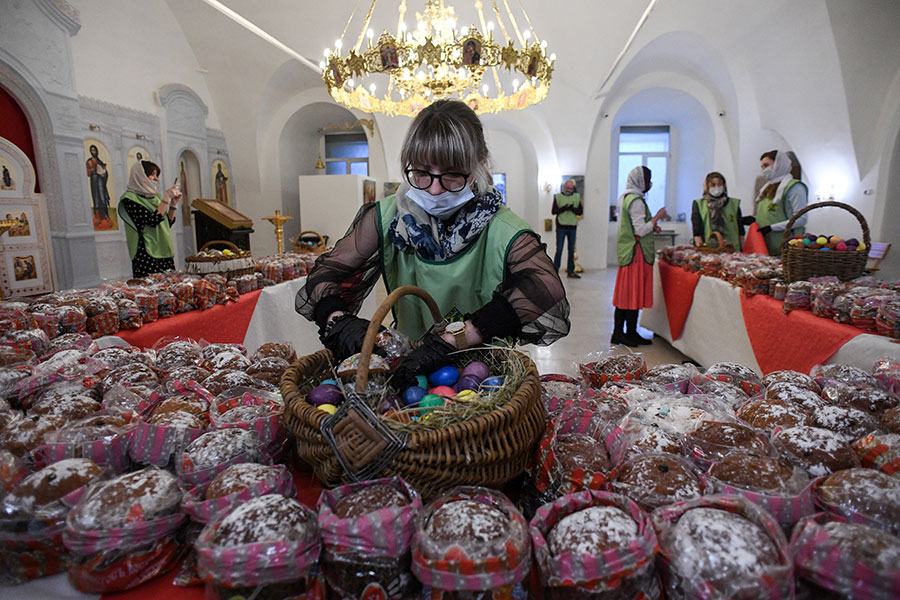 A volunteer inspects traditional cakes and eggs to be distributed to people in need in Moscow on the eve of the Orthodox Easter. [Photo/Agencies]

A video shot by Russian company employees, academic institutions, colleges, primary and secondary schools, and kindergartens has been broadcast widely by mainstream media and social media platforms in both countries.

The footage includes messages from Russians－young and old－hailing the aid received from China, and expressing their best wishes for the relationship between the two nations.

The measures adopted by the Chinese government have been effective, as the world has witnessed the number of infections in the country fall rapidly thanks to the efforts of its medical personnel and all residents, he said.

Klimov, also deputy chairman of the Federation Council Committee on Foreign Affairs, said it is important for all countries to make scientifically-based and professional decisions on issues such as how the virus originated.

He criticized the politicization of public health issues during the pandemic, adding, “The practical cooperation between Russia and China is significant.”

Klimov suggested that the two countries step up bilateral cooperation, and said the Communist Party of China and United Russia would bring together researchers to study the virus and to test reagents, vaccines and medicines. 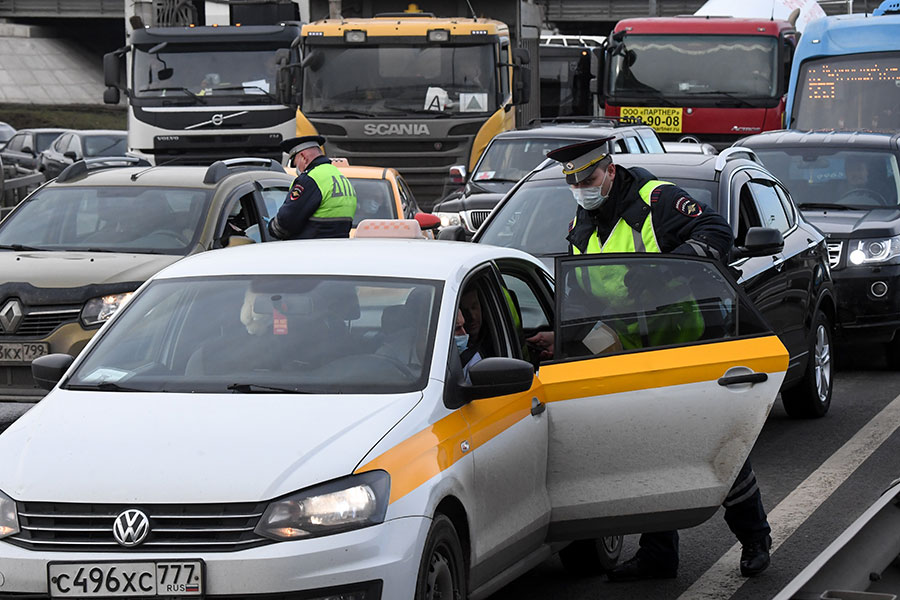 However, he said joint trade and economic exchanges, customs clearance of goods, and freight train services between China and Europe had not been disrupted by the pandemic.

According to China’s General Administration of Customs, trade between the two countries reached $25.4 billion in the first quarter of this year, up by 3.4 percent year-on-year.

Zhang said, “This is particularly valuable in the context of the global economic downturn and shows that economic and trade cooperation between China and Russia has potential and resilience.

“Such cooperation has not only withstood the pressure brought by the pandemic, but has also injected new impetus into expanding bilateral practical cooperation in the future.”

The ambassador said he was pleased to see that bilateral cooperation in political, diplomatic, economic, trade, cultural and other fields had not been seriously affected by the pandemic, and was overcoming difficulties and making steady progresses.

China is ready to work with Russia to jointly overcome the outbreak, and to accelerate bilateral cooperation in various areas with closer exchanges and cooperation in order to strive for higher-level development and deliver tangible results for people from the two countries, Zhang said.