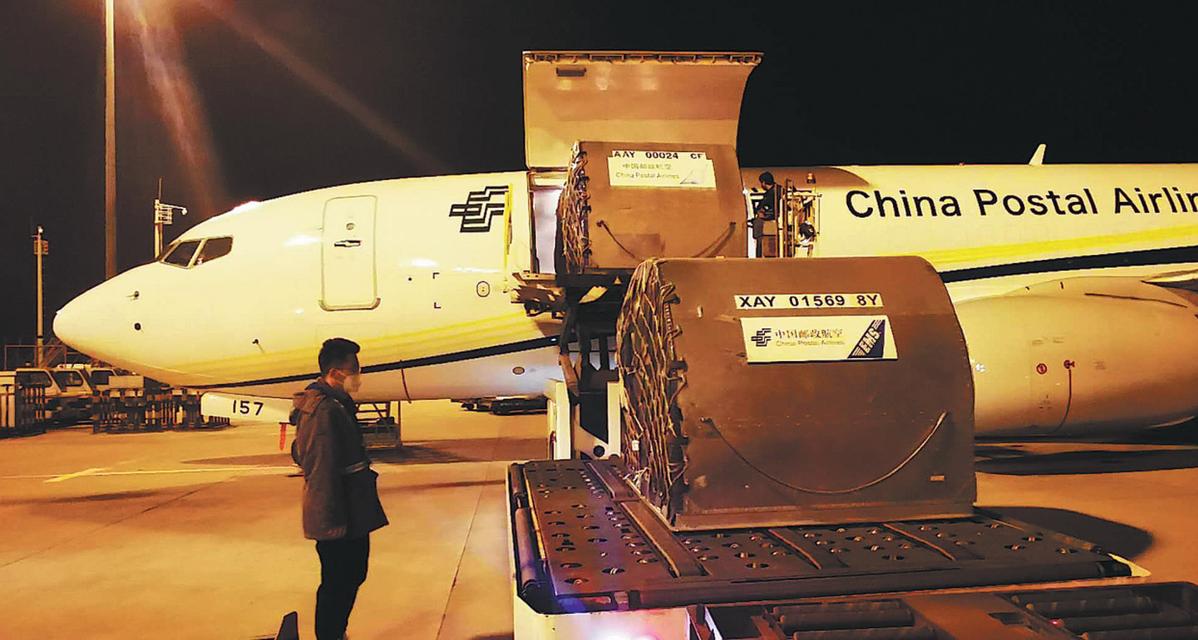 Many of the world’s leading airlines including United Airlines, British Airways, Lufthansa Group, Air France and KLM have either suspended or cut flights in many parts of the world over the past three months. China’s Civil Aviation Administration also decided to cut the number of international flights in and out of the country in late March to curb the spread of the contagion.

Because there is not much potential for Chinese companies to lease cargo space in passenger aircraft of Chinese and European airlines, China Post－supported by the 33 cargo aircraft owned by its subsidiary China Postal Airlines－increased its service frequency on six regular international postal air routes such as services between Shanghai and Tokyo, and Zhengzhou, Henan province, and Seoul since mid-March.

“Even though the cost of air cargo service is higher than transcontinental rail and container vessel operations, we have seen surging demand for such services from domestic companies in shipping their medical supplies, manufactures and retail goods after they resumed production,” said Liao Tao, general manager of China Post’s goods delivery unit.

Given the fact that its clients have different budget ranges for international delivery services, China Post began to adopt self-organized China-Europe freight trains for its postal services to Europe in April after using other domestic providers’ networks in the first quarter.

The Beijing-headquartered group launched a train service from Yiwu, Zhejiang province, to Vilnius, Lithuania on Monday.

The train will travel 13 days to deliver over 353.77 metric tons of items including mail, daily necessities and medical supplies to customers in 36 European Union and non-EU countries including Spain, Denmark, France, Cyprus, Switzerland and Norway, via local delivery after arriving in the Baltic nation.

China Post currently runs China-European block train services from cities including Chongqing and Yiwu to European cities including Madrid and Malaszewicze, Poland. It operates these services once or twice weekly, with 50 rail containers used per journey.

After many countries closed their seaports and airports, there have been delays in the distribution of medical supplies and other goods after January. The China-Europe railroad is able to transport a large amount of goods and medical supplies within 18 days maximum in both directions, said Feng Hao, a researcher at the National Development and Reform Commission’s Institute of Comprehensive Transportation.

Liao from China Post said the group will help partner economies resume production and maintain stable trade and other commercial activities with China. The virus outbreak to a certain extent has also forced domestic companies to further diversify their operating modes to remain competitive in the global market.

As China has effectively contained the coronavirus outbreak domestically and helped its trade partners resume production, China Post began to build a logistics and mail processing center in Zhengzhou, Henan province last month to support the city’s efforts to build an “Air Silk Road” to enhance its position as a vital logistics hub in Central China.

As an essential part of the national economy, the strategic value of the postal and express businesses－driven by strong market demand and technology upgrading－will gain fresh momentum and be more digitalized to facilitate China’s economic growth this year, said Wen Shaoqi, the group’s vice-president.

China Post’s business mainly focuses on postal services, express and logistics, finance and e-commerce. Its branches at different levels provide universal postal services and special services such as confidential communication and the distribution of newspapers and periodicals.